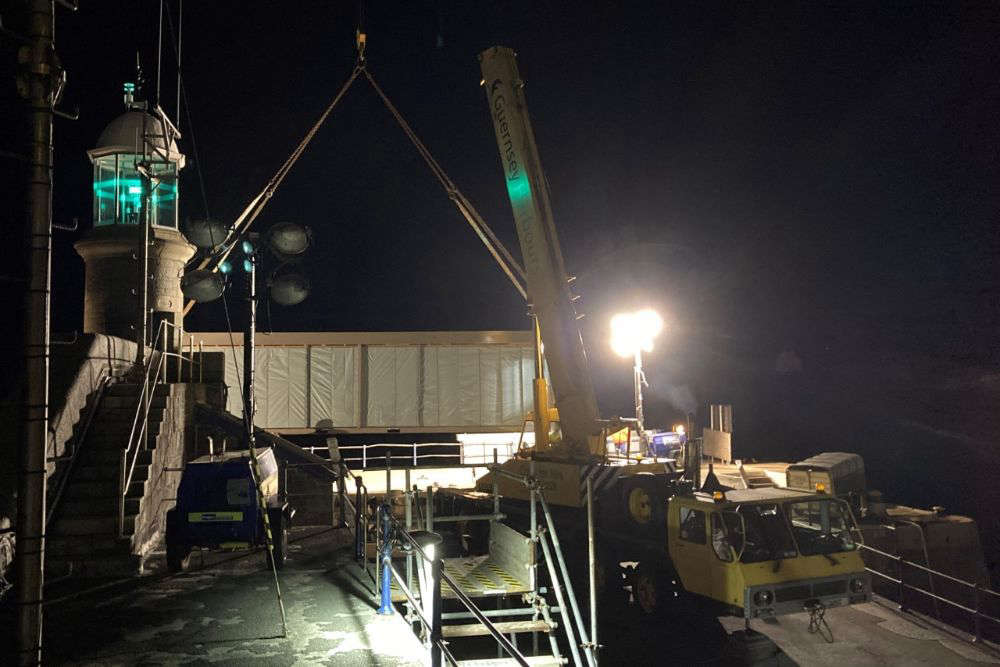 VTS - the maritime equivalent of Air Traffic Control - is moving to a new building at the end of White Rock Pier.

The original Guernsey Vessel Traffic Service building was knocked down a decade ago.

Since then, VTS has been operating from a cabin further along the pier.

A new signal station is being installed on the site of the previous building.

"As we've grown from people a local port control service to a full-scale Vessel Traffic Service we basically outgrown the cabin we are in.  We have had new systems come online so this is basically about having a modern 21st century working environment."  - James Way, VTS Manager.

It will be home to two VTS operator positions on the first floor, and a server room and 'breakout space on the ground floor.

Guernsey VTS is the first point of contact for all commercial and leisure boats coming into the harbour.