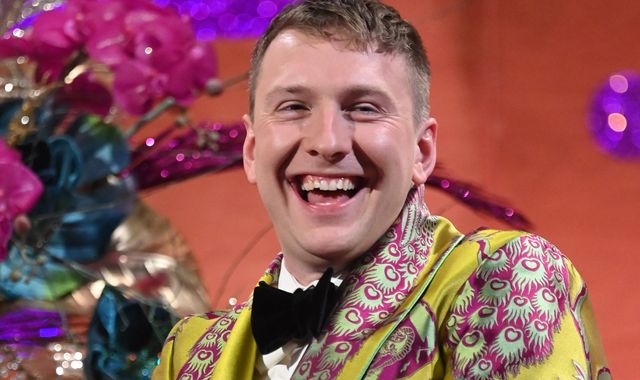 Comedian Joe Lycett has revealed he has been investigated by police - after a person who watched one of his tour shows complained over what they deemed to be an offensive joke.

The star said this involved him writing a statement to explain the context of his on-stage joke to officers, which meant he had to put the words "giant donkey d***" into a message to the force in question.

Thankfully, Lycett said the matter had since been closed.

He has been touring his More, More, More! How Do You Lycett? How Do You Lycett? shows since March, playing to audiences in Plymouth, Bournemouth, Edinburgh, York, Hull, Ipswich, Sheffield, Glasgow, Stockton, Newcastle, Cambridge, Stockport, Liverpool, Northampton, Birmingham, Belfast, and Cardiff so far.

However, he did not say which tour show led to the police complaint.

In a message posted on social media, Lycett said: "So someone came to my tour show a few weeks back and was offended by one of the jokes. And their perfectly understandable response to this was… to call the f****** police.

"To be fair to them the fuzz were very nice about it all but felt they had a duty to investigate. This involved me writing a statement explaining the context of the joke for them; I particularly enjoyed putting the words 'giant donkey d*** into a message to a police detective.

"Charmed, and hopefully amused, the rozzers have since closed the matter. You'll be pleased to know that the joke - which I consider to be one of the best I've ever written - remains firmly and proudly in the show."

And for fans who have tickets to see upcoming shows - set for London, Leicester, Manchester, Brighton and more venues across the UK and Ireland - don't worry.

"The tour continues until September, unless I am jailed," Lycett added.

The comedian also shared what was apparently an email from the investigating police force about the matter, which said: "Firstly thanks for your help today, it is very much appreciated.

"I can confirm that police now consider this matter closed. Thank you."

This is not the first time Lycett has caused a stir with authorities, after writing a spoof Sue Gray report into alleged parties at Downing Street earlier in 2022.

In 2021, he staged a stunt outside Shell's HQ in London to campaign against the company's "greenwashing". And the previous year, he said he had changed his name to Hugo Boss after the designer targeted small businesses using the name "boss".