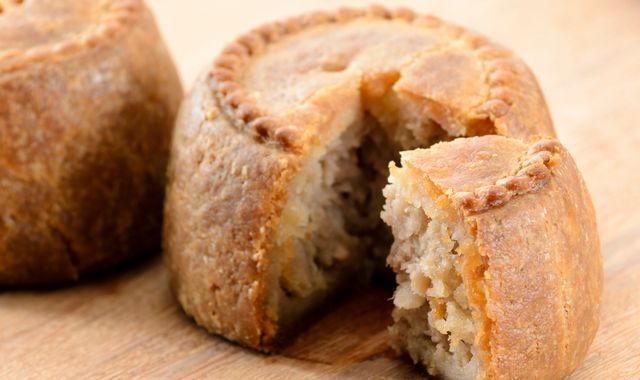 Animal rights group PETA has called for officials in Leicester to rename the city's Pork Pie Roundabout to promote healthier food and help the environment.

PETA - People for the Ethical Treatment of Animals - said "this is not a pie-in-the-sky request" in a letter sent to Leicester Mayor, Sir Peter Soulsby.

The term "vegan" was coined in Leicester in 1944 and changing the name would be a "great way" to celebrate the city's "pie-loving heritage".

The roundabout in south Leicester gets its name from a nearby library which is said to look like a pork pie when viewed from above.

PETA's senior campaigns manager, Kate Werner, wrote: "This is not a pie-in-the-sky request. Eating a varied plant-based diet has been shown to prevent heart disease, diabetes, abdominal fat, and cancer.

"The United Nations has stated that a global shift towards plant-based eating is urgently needed to combat the worst effects of the climate catastrophe, so this name change would be a fantastic way to support Leicester's Climate Emergency Strategy.

"And since the word 'vegan' was coined in Leicester by Donald Watson in 1944, it would also be a great way to celebrate the city's vegan and pie-loving heritage."

"The vegan pie category attracted the most entries at the British Pie Awards in Melton last year, as more and more people are choosing plant-based foods," it said.

"You can help stop this cruelty with a name change that will inspire residents to choose vegan foods.

"There's never been a better time to stop going around in circles and take a bite out of Leicester's dangerous obesity crisis."